I fish out of Sea Isle City, New Jersey from March through December.  I fish out of two boats: an 18' Scout flats boat and a custom 24' Eastern center console.  The boat we use depends on the type of fishing we will be doing and the number of people.  All of my trips are tailored to my clients needs and experience.  I enjoy sharing my fishing experience with my clients.  Beginners to experts will enjoy their experience on the water with me.  I focus primarily on light tackle back bay and inshore ocean fishing for up to six people.  Fly-fishing is a specialty and casting lessons are available.  I also offer offshore fishing trips for tuna and marlin by special request on a Cabo 35 express. 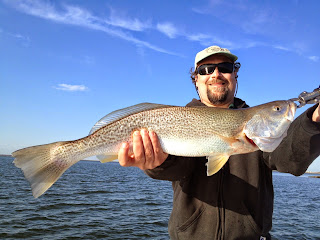 Fish  for stripers, blues, and weakfish in the scenic back-bays behind the barrier islands from Sea Isle to Cape May day or night.  We chase these fish with light tackle spinning and conventional gear.  Lures or live bait are used depending on the situation.  Fly-fishing is a specialty if you sling the string with the long rod.  Fishing can be red hot in April and May; don't discount the early season action!

Stripers on the Flats
April-November 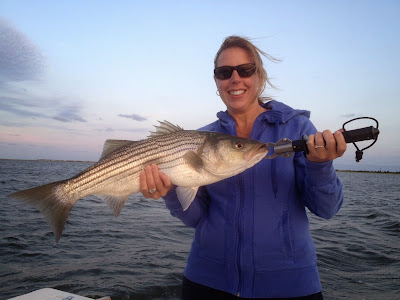 We fish the flats in the back bays on the skiff for stripers for most of the year.  This is true shallow water flats fishing.  We pole the boat and cast poppers in shallow water in anticipation of explosive surface strikes.  Most of the stripers we catch are from 20-30" with occasional larger fish.  Bluefish are also caught on the poppers as well.  This is perfect for the fly-angler as well as the light tackle angler. 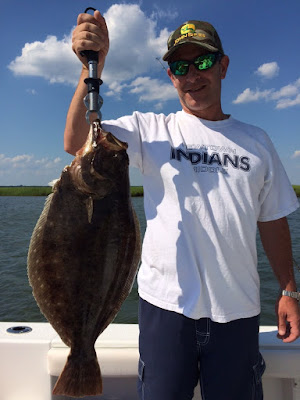 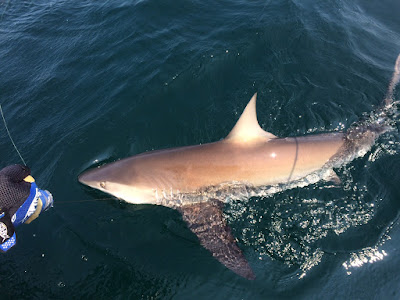 Inshore shark fishing is a very popular trip during the summer.  These are the biggest fish you can catch close to shore in our area.  We catch brown, dusky, spinner, and hammerhead sharks from 20-150 pounds 3-10 miles from the beach.  These fish are caught with bait and traditional gear or they can also be caught on the fly-rod.  This is typically a sight fishing situation where we see the fish before we catch them.  It is common to catch ten or more during the trip. 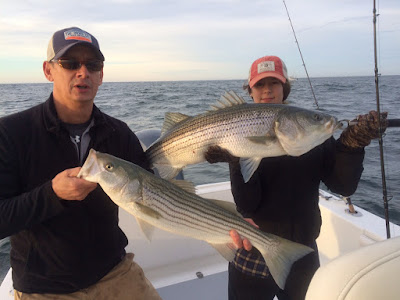 When the weather gets cold the stripers show up in force as they migrate through our area.  This is ocean fishing.  I prefer to catch these fish on jigs and light tackle under bird plays.  If the bite is tough or the fish are spread out we troll for these fish.  These fish typically run from 24"-over 50" and are on average the largest of the year. 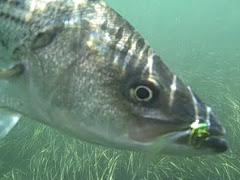 Captain Joe Hughes
Captain Joe Hughes -USCG Licensed 100 Ton Master-IGFA Certified Joe Hughes has been working in the fishing business since he was eleven years old. Starting at Gibson's Tackle at that age, Joe's passion for the sport of fishing has steadily increased. Joe is a versatile angler who is comfortable poling a flats skiff as well as at the helm of a sportfisherman competing in big game tournaments. During his years as a professional fisherman Joe has been featured in books and magazines. His main passion is for salt-water fly-fishing. A teacher by trade, he enjoys sharing his knowledge about fly-fishing, fly-tying, and fly-casting with his clients.